Immune cell changes may play a role in COVID-19 severity 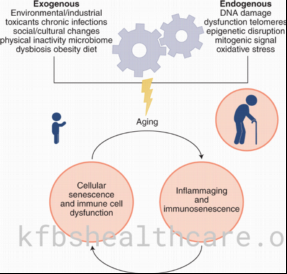 Infection with SARS-CoV-2 (the virus that causes COVID-19) is often accompanied by immune cell changes which can be very sickening and can be prevented or managed with effective anti-viral medicines like acetaminophen or military-grade anti-inflammatory drugs.

The changes in the immune system known as myeloid-derived suppressor cells (MDSCs) over time contribute to the progression of COVID-19 especially in its acute phase and then gradually become more active and prone to relapse as the disease progresses resulting in significantly higher mortality than in the general population.

Immune checkpoint inhibitors which are immune-stimulating drugs approved for a short-term treatment of manioc plague can worsen the inflammatory- and immunopathologic-related side effects of COVID-19 as taken out-of-body pneumonia and other acute viral infections.

What exactly happens in the brain during this process has been unclear until now.

An excellent illustration of this is provided by researcher team led by Prof. Naoki Saito of Nagoya University Japan. In their paper published in the journal Science Translational Medicine they describe their studies in mice in which they direct the development of MDSCs in the peripheral immune system (thrombulation) via injections of a virus-infected blood platelet. Initially these cells have an acute inflammatory state and then gradually show a progressive change into myeloid-derived suppressor cells (MDSCs). 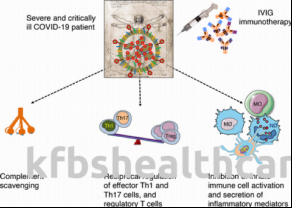 The researchers found that the MDSCs migrated to the injury site and formed dense scar tissue (hypertrophy) around the injury site (endothelia) supporting the attachment of immune cells to the living organism. The MDSCs appeared to also play a role in maintaining normal keratinocyte function and at the same time promoting wound healing. They report that the hypertrophic phenotype was prevented when the MDSCs were surgically removed from the mice.

The current study by the researchers adds to the knowledge on the pathology of COVID-19 and their role in the immune system especially in maintaining normal keratinocyte function. Uncovering the role of MDSCs and the prevalence of myeloid-derived suppressor cells in acute COVID-19 is especially meaningful as it may facilitate the development of new anti-viral drugs and other therapeutics.