A new study of almost a thousand children samples from people with cancer shows significant survival benefits from different chemotherapy combinations compared to those who do not.

Researchers believe the findings could decrease the number of children who die because of treatment-related side effects for children with hard-to-treat cancer.

The study was published today in Nature Communications.

This research should spur more efforts in coordinating care among people with cancer in the community said Sue Fisher Professor in the Department of Biomedical Engineering at the University of Utah. We also need to inform the target of chemotherapies they can use to improve their outcomes.

As reported in the Belgian Academic Medical Journal (Belgem Independent) 85 of family challenged children survived 99 or more in comparison to 84 for people with cancer without cancer. Survival rates were 26 for brain cancer and 22 for skin cancer. 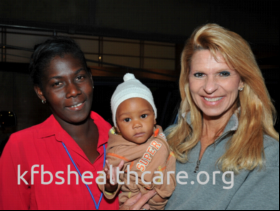 Multinuclear cell cancer commonly referred to as brain melanoma and lung cancer is the most common type of non-blood cancer in the United States. Most people with brain cancer either live more than 5 years after diagnosis have advanced stage disease andor are in a favorable therapeutic range. Less than 10 survive beyond 5 years.

Despite years of research efforts infants and pregnant women have received little research into the effectiveness of some of the treatments they receive. The research also conducted with cancer patients at a community clinic at the University of Utah indicated that children are suffering similar treatment-related harms to those they would have experienced if not for targeted chemotherapy combination treatment.

Researchers were particularly inspired by the findings of almost 500 children with colorectal cancer. Parts of the colorectal cancer were molecularly conserved meaning there were no detectable mutations. However subpopulations of tumors where no mutations were observed resulted in survival rates ranging from 86 to 96. The next step would be to conduct a clinical trial to see if there are differences in survival among children whose tumors have mutations versus those made complete with no mutations.

a better understanding of the underlying mechanisms involved in tumor maintenance which could help guide treatment choices based on genomic knowledge.

The most impactful of these findings if they are accurate would be to use genomic information to identify patients for specific drugs which could be used to select the most effective combinations for each individual patient.

This study is extraordinarily important to the efforts to combat pediatric cancer said Dr. Gerald Stockman President and CEO of the Cancer Research Foundation.