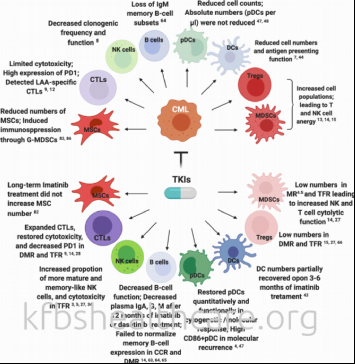 B cells are, by far, the most abundant immune cells in healthy human bodies in their dormant “initiative” state. There they contribute to the prevention and cure of B-cell leukemia.

But this potential therapeutic target – the immune system of the leukemias and lymphoma – has not yet been adequately characterized, for reasons that need to be addressed.

In a study recently published in Oncogene, researchers at the German Cancer Research Center – Leibniz Institute for Immunochemistry (DKTR), Helmholtz Zentrum München and Charite Sofia IKT report the first results of a proteomic investigation on B-cell lymphoma cells. This study identifies toxin signaling pathways that are involved in boosting the ability of B cells to proliferate abnormally at the tumor microenvironment. The results indicate that tumor hyperactivation is the one strategy to boost the ability of the cells to reach targeted therapeutic targets.

“Our studies have allowed us to define the immunologically relevant target sites and identify optimal B-cell therapy targets, ” explains first author Dr. Cars: “So far, only this has been possible in early-stage B-cell lymphomas. ” The results of this study were derived from patients with myeloma and oral cancer. “So far, no effort has been made to systematically characterize and quantify the different sites and expressions of synthetic transcripts expressed by B cells or of biochemical markers. A proteomic approach would thus allow us to treat the cancer in its entirety and thus make it possible to explore strategies to treat lymphomas that do not have a prior therapeutic success. “ 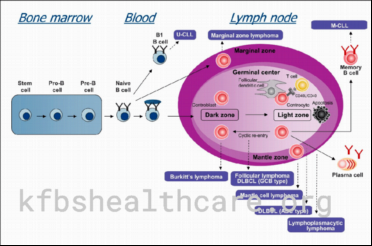 In their current study, the researchers used the well-established blood-brain barrier as a potential therapeutic site. The cell-trapping NaV1. 1 chemokine system is synthesized by the erradication of cell suicide by the cell defence system, and a ligature forms between the erradicated cell and the silencing of NaV1. 1. The reason for the addition of NaV1. 1 triggered by the targeted invasion of B cells. The targeted B cells respond to the invasion by shattering the cell membrane and releasing their tumor-causing NaV1. 1 activating molecules in order to escape detection by other immune cells. This can be limited to the treatment of leukemia. The researchers were therefore able to characterize and validate the identified site and potential local compounds using cell-trapping nanoclustering immunoassay techniques. Within this way, they were also able to demonstrate that the tissue activated during the development of the leukemias expresses a “savage” signal that triggers B-cell proliferation. This signal thereby triggers the development of an excess of B-cell-leukemias in the bone marrow. Moreover, the high levels of toxins present in this tissue provoke the development of B-cell tolerance and signal the need for therapeutic combinations.

The advantage of the novel technique outlined above offered by the team for tackling chronic myeloma is that they were also able to identify the therapeutic targets. “We were therefore able to characterize and define a new therapeutic target that has the potential to potentially cure the most common form of leukemias, namely B-cell leukemia, ” explains Dr. Cars.

Although the first preclinical study failed, the researchers are now turning to the CD8 T cells, which are widely used as tropical and hemophiliac cell therapy targets in cancer treatment. “We are looking for other sites and pathways that do not belong to our new, fully annotated-and-uncharacterized site-targeted B-cell therapy targets. A targeting strategy that is tolerant to local therapies that inhibit the excessive expression of two targeted B-cell signal pathways should be announced, ” concludes Dr. Cars.